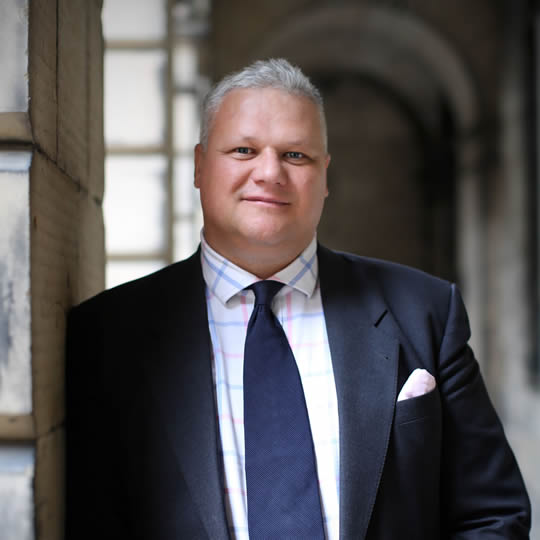 David appears regularly in the High Court of Justiciary, Court of Session, Sheriff Court and tribunals, including courts-martial and the immigration and asylum chamber.

He called to the Bar in 2000 and to the Bar of England & Wales in London in 2010 in the leading Chamber’s in London specialising in the law as it pertains to Proceeds of Crime and Money-laundering; in 2009 he was appointed a Fellow of the Chartered Institute of Arbitrators, (England & Wales) and a Chartered Arbitrator.  He is also an accredited commercial mediator.

He has experience of institutional arbitration in tribunals constituted to determine disputes under institutional rules (the ‘Terms’ of the London Maritime Arbitrator’s Association) and ad-hoc arbitral tribunals.

David’s experience extends to London based international arbitrations; he has a particular expertise in Shipping Law and Maritime disputes relating to Freight and Contracts of Carriage.

He has experience of disputes as they arise under various chartering arrangements; including time, voyage and ‘bareboat’ Charters, entered into using a range of Charter-Party Forms, including NYPE, Baltic, Asbatankavoy and Amwelsh Forms.  He has been involved in arbitral disputes between owners, charterers and disponent-owners and disputes involving chains of owners; Bills of Lading (Carriage of Goods by Sea Act, Hague-Visby Rules etc), bunkers, insurance and re-insurance (total loss at sea of non-navigable floating platform), cargo claims/distressed cargo, laytime & demurrage, ship detention, safe port claims, lawful sailing orders, speed and performance claims, ship arrest, total loss of vessel at sea, breach of Charter warranty provisions more generally, including as to a vessel’s seaworthiness, maintaining Class, suitability of her holds to receive cargo, performance of her engines/ gear, performance of contractual obligations relating to dates, for example, cleaning a vessel’s hull on extended stay at port, re-delivery of vessel back into owners’ service.

David’s experience also extends to other shipping contracts including disputes arising between owners and charterers under Ship Management contracts and Pool Agreements; as well as jurisdictional issues for arbitral tribunals, for example, Kompetenz Kompetenz and, the subject matter said to be in dispute (the subject matter referred to arbitration as constituting the dispute).

David has also been instructed to resolve a number of unusual cases; including a case of death by dangerous driving culminating in four fatalities, assault by throwing acid into a Complainer’s face, a baby conceived by a father and his daughter; representing an Accused in the circumstances where the Crown accepted he had no recollection of the alleged offending behaviour due to sustaining serious head injuries, nevertheless proceeded to trial although unable to give Counsel instructions as to his defence.

David accepts instructions to appear in the Court of Session – David is presently instructed in reparation actions against Financial Institutions, solicitors, the Chief Constable, Police Scotland, a Local Authority; David has also appeared in a Court of Session proof for a pursuer seeking Declarator relating to fraudulent misrepresentation / Breach of Contract; Declarator for reduction of Sheriff Court judgment; and has been instructed in matters relating to actions against SLAB (the Scottish Legal Aid Board).

David has an expertise in Economic Crime and Commercial Wrong-doing. He was in the prosecution team which successfully prosecuted the last insider-dealing case in Scotland prior to the enactment of the Financial Services and Markets Act 2002 and, was instructed for the defence as Counsel in one of the first money-laundering prosecutions.

He has a particular interest in compliance issues for business and regulated businesses with a focus on the the implications for business and regulated businesses in the event of a cross-over between the Jurisdiction of a Regulator exercising an audit function to enforce a Regulatory regime and, or, the remit of a Prosecutor investigating the alleged transgression of criminal statutes, such as the Bribery Act 2010. (see – The role of Article 8 (Accounting) of the OECD Convention and the law of Bribery and Corruption | 33 Chancery Lane at   http://33knowledge.com/updates/bribery-and-corruption/fsa-v-willis-the-uk-bribery-act-recording-facilitation-payments-and-the-fcpa

He is available to advise businesses and ‘Regulated Businesses’ on how to protect themselves from commercial wrong-doing by identifying triggers such as criminal conduct, for example, fraud, bribery and corruption, or misuse of data or, inside/ price sensitive information.  He can also assist in the investigation of similar issues with a view to resolving them internally, negotiating with an external Regulator and then, seeking to dispose of the issues in the appropriate administrative, civil or criminal forum.

David writes and lectures on issues arising in Economic Crime and Corruption http://www.dundee.ac.uk/cepmlp/staff/profile/david-macleod and is dual qualified as a Barrister (formerly in The Chambers of Andrew Mitchell QC, 33 Chancery Lane, London) where he was a Pupil and Door Tenant.

He maintains close ties to London Chambers, who are a niche offering, focusing in one of David’s key areas of professional interest: Commercial Wrong-Doing and Economic Crime.

Chambers were formed as recently as 2008, notwithstanding that they are recognized as a leading set of Chambers in the law of Proceeds of Crime and Bribery & Corruption issues; they were ranked by ‘Chambers and Partners Guide to the Bar 2012′ as: