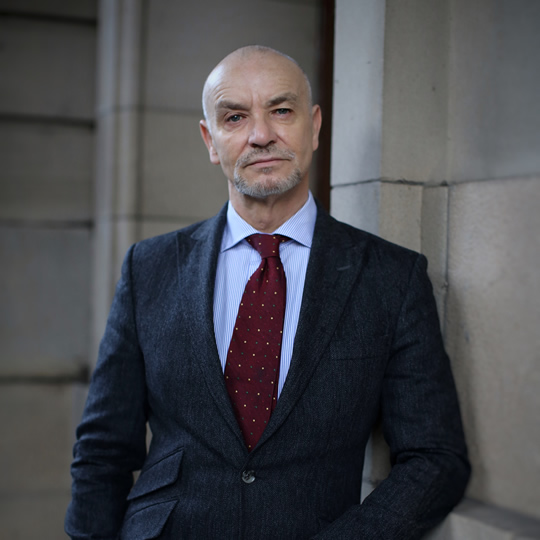 Derek Ogg was appointed Crown Counsel in 2007 at Senior level. He was further promoted to the second most senior post as Assistant Principal Advocate Depute in 2009. Additionally he was appointed as Head of National Sexual Crimes Unit, a groundbreaking new High Court prosecution Division in Crown Office made up of 9 senior prosecutors and 2 senior indicters tasked with marking, investigating and prosecuting all serious and sensitive sex related crime in the High Court. He also conducted serious and sensitive conviction Appeals before the Court of Criminal Appeal and the Supreme Court for the Crown. Since leaving Crown Office in 2011 he has been heavily instructed as defence counsel in the most serious of cases.

Derek Ogg is also a well known commentator and broadcaster on legal policy issues in Scotland and is a regular guest on BBC Newsnight and BBC Radio 4 News and current affairs programmes. He made a radio series ‘Jailed’ in 2007 which broadcast on National Network 6 programmes of interviews with famous prisoners around the world.