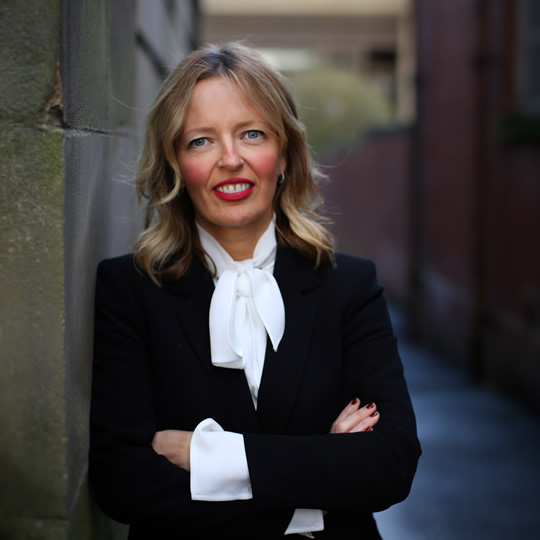 Louise called to the Bar in 2005. She is one of the most frequently instructed junior advocates at the criminal bar, either conducting her own trials or as junior to senior counsel in long running and high profile trials. She is extremely well versed in the preparation of cases with complex evidence such as cell site analysis, firearms discharge residue, surveillance, use of trackers and DNA.

Louise has also built up an extensive practice defending sexual crimes. It is without doubt that she is one of the most instructed counsel in this area, having defended numerous rape trials. She regularly prepares and argues applications under section 275 of the Criminal Procedure (Scotland) and has already conducted examination of many witnesses giving evidence on commission. In particular, she has specialism dealing with complicated psychiatric, psychological and medical evidence in sexual abuse cases. She has particular specialism dealing with accused persons who have psychological and psychiatric conditions.

In recent years, Louise has also been instructed as leader with junior counsel in a number of cases, ranging from multiple complainer rape trials to serious and organised crime cases.

Given Louise’s expertise, she has been instructed on behalf of police officers, doctors and foster carers through insurers. This work has allowed Louise to conduct trials in relation to a wide range of charges. She also has significant experience dealing with Road Traffic contraventions, including section one of the Road Traffic Act. She also regularly defends cases such as attempt murder, abduction, robbery, firearms, fraud, Misuse of Drugs, Proceeds of Crime, computer crime and possession/distribution of indecent images. Louise has also been instructed as junior counsel in all cases identified thus far as being within the Long or Complex trial protocol.

Prior to calling to the Bar, Louise was a solicitor for 8 years, prosecuting and defending in the criminal courts at solemn and summary level. In 2002, she was assumed as a partner in a busy city centre firm in Glasgow. She appeared daily in the lower courts and regularly conducted Sheriff and Jury trials, whilst preparing High Court trials, including instructing counsel.

By the nature of Louise’s practise, she regularly conducts Fatal Accident Inquiries and children’s referrals.