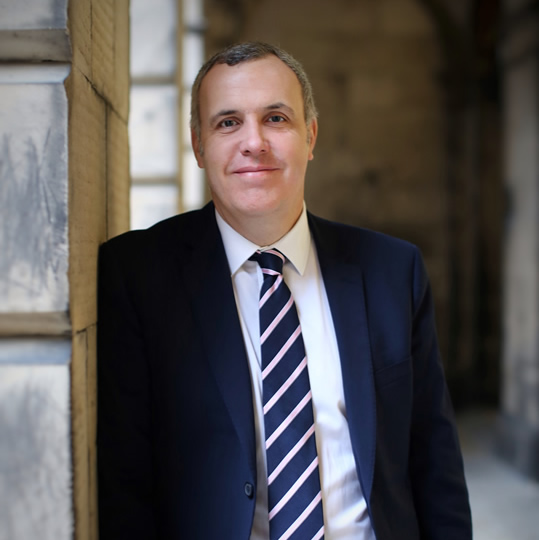 He also has extensive experience of Criminal appeal cases. He has acted in numerous appeals including appearing in Murder appeals. McCluskey has also acted in a number of lengthy fraud cases.

In addition he has  significant experience of Extradition cases. He has acted in approximately seventy cases at first instance and a number of appeals. McCluskey also has a particular interest in  Human Rights with respect to both Criminal Law and Extradition and has  acted in numerous cases where human rights arguments have featured. McCluskey has also acted in a number of Employment Law and Professional Disciplinary Proceedings. He has also acted in Judicial Review,Immigration and Prisoners’ Rights cases.

Starrs v Ruxton 1999 SCCR 1052 (Temporary Sheriff’s lack of security of tenure breach of Article 6). Paton v Ritchie 2000 SCCR 384 (Police interview of suspect in absence of Solicitor held not to be breach of Article 6). Burns Petitioner 2000 SCCR 151 (Petition procedure where Crown could effectively have accused remanded for 7 days without Judicial oversight of their reasons held to breach Article 5). Prosecuted Callum Evans Murder Trial (High media interest as accused on tagging order at time of Murder). Prosecuted Derek Nash torture trial. Represented Robert McKee in challenge to primary legislation of the Scottish Parliament in terms of section 29 of the Scotland Act. Instructed in a number of Polish Extradition cases where extradition challenged due to Polish prison conditions. Ashton v HMA 2012 SCCR 150 and 2011 HCJAC 124.