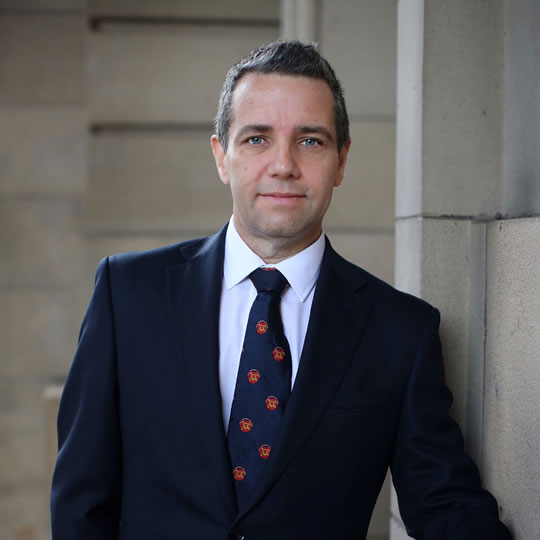 Paul Nelson KC has specialised in criminal litigation throughout his legal career, from its inception at a prominent Glasgow firm of solicitors, during service as a procurator fiscal at Hamilton, Lanark and Glasgow, and throughout his practice at the Bar.

After calling in 2004, Paul built up an extensive practice throughout the first instance and appellate courts of Scotland over a number of years as sole or leading junior, before being granted the rank and dignity of one of His Majesty’s Counsel.

He has been instructed, as leading or sole counsel, to defend a wide range of  the more serious crimes known to the law of Scotland, such as murder, attempted murder, rape, fraud, serious and organised crime offences, armed robbery, fire raising, extortion, lewd and libidinous practices, abduction, assault (with various degrees of aggravation), culpable and reckless endangerment of the lieges, brothel keeping, attempts to defeat the ends of justice, indecent imagery possession and distribution, and prison rioting, as well as statutory crimes under the Sexual Offences (Scotland) Act 2009, the Misuse of Drugs Act 1971, the Firearms Act 1968, the Terrorism Act 2000, the Road Traffic Act 1988, the Domestic Abuse (Scotland) Act 2018, the Data Protection Act 1998, the Proceeds of Crime Act 2002, the Computer Misuse Act 1990, and the Copyright, Designs and Patents Act 1988.

He was lead counsel in one of the longer running jury cases in Scotland, successfully defending, after a trial running for 6 months, one of four men accused of multiple charges of fraud. He acted for and secured the complete acquittal of a man facing an 80 charge indictment libelling charges of fraud, theft and contraventions of the Consumer Protection from Unfair Trading Regulations 2008.

He has a wide knowledge of and interest in forensic medicine and science in general and, in particular, the use of DNA evidence, and the limitations of such evidence.  That knowledge has been applied for the benefit of those for whom he has been instructed in a number of cases that have turned on the successful cross-examination of forensic scientists and doctors.

Having been appointed an ad hoc advocate depute in 2017, he has prosecuted a variety of crimes in the High Court of Justiciary, such as attempted murder, rape and other sexual offences, firearms offences and drug supply offences.